The second annual Palaver International Literary Festival in August 2016 acknowledged the work and accomplishments of four outstanding individuals Hon. Dr. Louise Bennett-Coverley, OM, OJ, MBE, (a.k.a. Miss Lou), Mr. Carlos Malcolm, Dr. Rita Cox.and Dwayne Morgan.
At the first Palaver Awards Dinner, held at the RecPlex in Wasaga Beach on August 6, 2016, awards were presented by Dr. Pamela Appelt, patron of Palaver, to three of the four recipients. Dr. Rita Cox was unavoidably absent.
In announcing the awards, the MC, Mrs. Keisha Johnson noted the unique contribution by each of the recipients and their individual roles in building, preserving, energising and empowering.

Miss Lou was cited for her achievement in getting the Jamaican people to throw off the yoke of colonialism and to accept their own language and culture as legitimate. Her monumental body of work – songs and poems – have been recited and performed by Jamaicans all over the world. 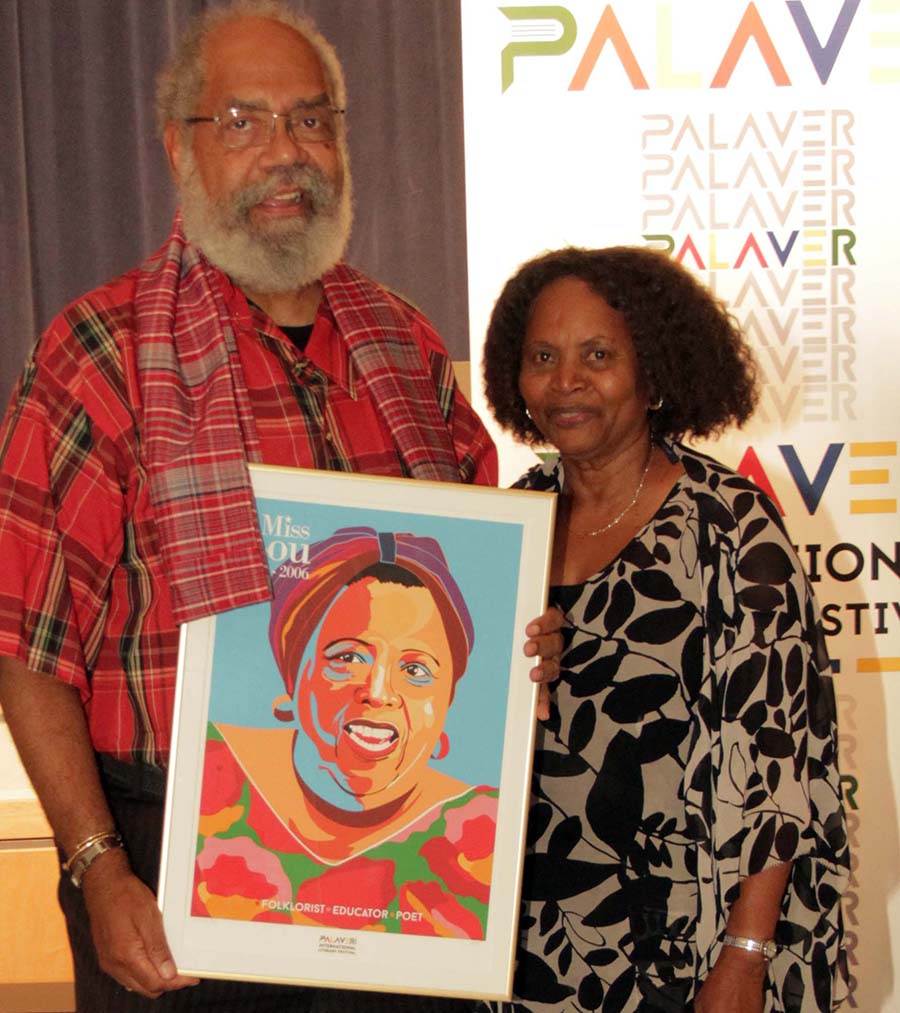 Fabian Coverley receives the award on behalf of his mother.

Carlos Malcolm was cited for his work as a music composer, arranger and orchestra leader and particularly for his role in establishing technical standards by example that ultimately became the foundation on which modern Jamaican popular music was built. 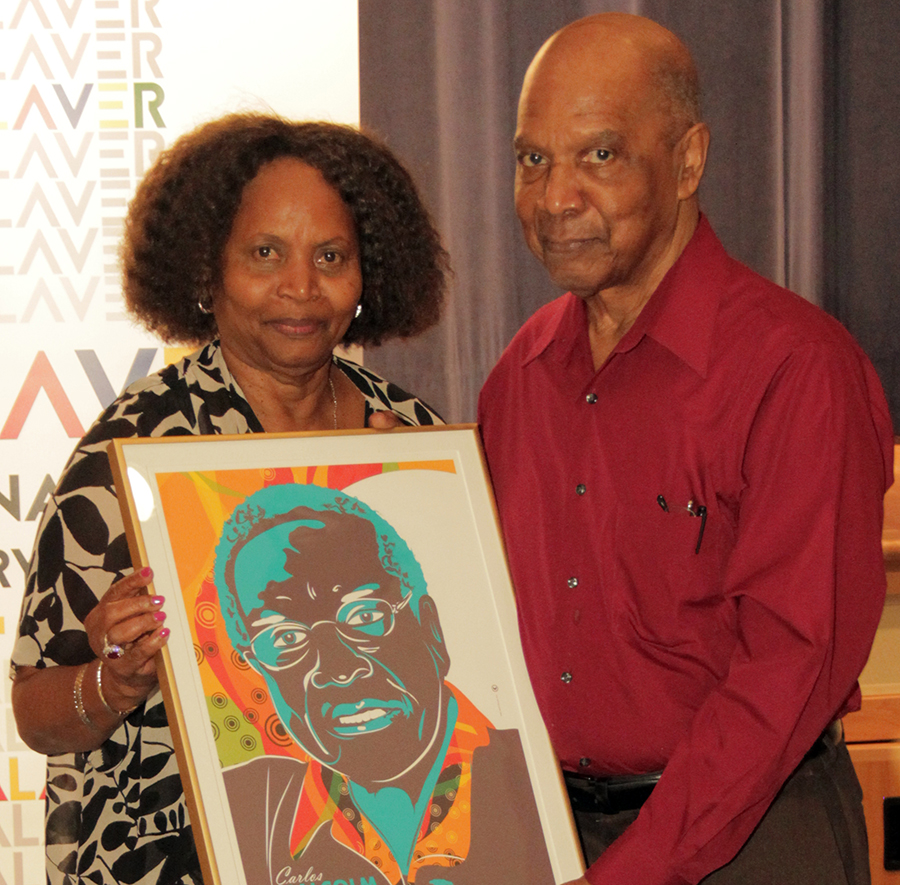 Dr. Rita Cox, storyteller par excellence was recognized for her lifetime of work in the Ontario Library service and especially for her successes in building cultural awareness among Canadians across Ontario province. 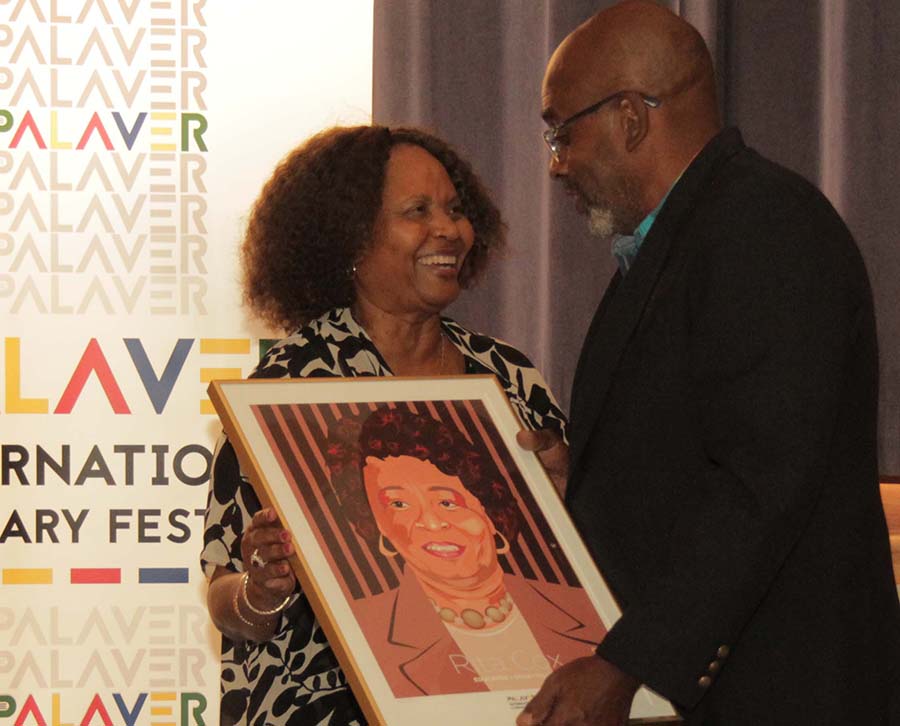 Mike Jarrett receives the Palaver Award on behalf of Dr. Rita Cox who was unavoidably absent.

Dwayne Morgan was cited for his foresight and energy in creating opportunities and empowering young poets in the Greater Toronto Area. He was applauded for his many initiatives, events and promotions that collectively provide a platform for the growth and development of young poets and writers. 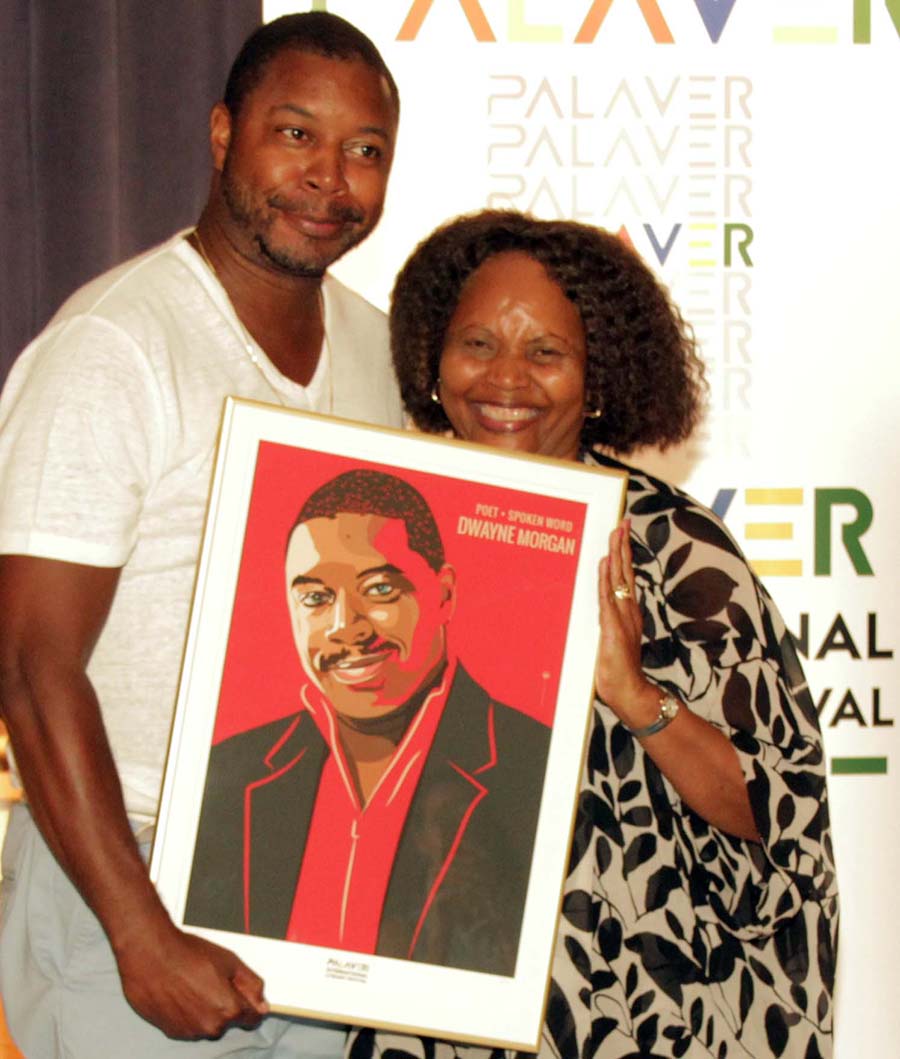 The mementoes presented were original works of art by Maria Papaefstathiou.
In its inaugural year 2015, Palaver acknowledged and applauded the pioneering work of the late Dr. the Honourable Olive Lewin, musicologist, social anthropologist, author and teacher; and, in particular her monumental research and documentation of Jamaican Folk Music and the establishment of the Jamaican (folk) memory bank.