Nights were usually long and dark, except for flashing moments of brilliant blue hue when lightning raked tropical skies and thunder made the ground shudder under bare calloused feet. However, pre-Columbian inhabitants of the Caribbean isles had more than violent tropical storms about which to be concerned.

Archaeological studies at White Marl in Jamaica and elsewhere, over time, show that they lived in structured communities and that order and governance sustained a communal existence. And so, even before the first European arrived at the end of the 15th century, more than 300 years before the Shawnee people chose Tecumseh, Caribbean nations had organized viable communities within a political structure, led by the wisdom of the cacique. 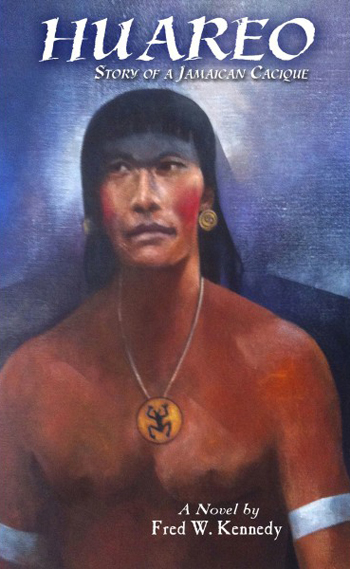 When Huareo inherits the role of cacique, he leads the Taino people into a prosperous life until he receives word one day, from neighbouring Haiti, about invading strangers sailing in and plundering villages. Determined not to have the same fate befall his people, Huareo did not welcome or trust the Spanish strangers when they first arrived in Yamaye (Jamaica) in 1494. In 1509, the Spaniards return to the island with the sole purpose of gaining control and the result is something Huareo and his people could never have imagined, said Fred Kennedy, author of Huareo (Ian Randle Publishers 2015).

“Huareo and others like him were our first, ancestral heroes,” Fred Kennedy states.

Huareo, Kennedy’s second novel, tells the story of the life of a Jamaican cacique and the indigenous people of Jamaica at the start of Spanish colonization in the early sixteenth century. With the assistance of editors in Madrid and Dominican Republic, he has since translated this work into Spanish, with the title Huareo: Cacique de Jamaica (2016).

Meticulously researched from original sources such as the journals of Diego Mendez and Hernando Colon, who were marooned in Jamaica on Columbus’s fourth voyage, along with other primary and secondary sources and consultation with historians and archaeologists, Huareo reveals much of the history of the first Jamaicans and their direct descendants, the “ancestral heroes” as he referred to them. Fred Kennedy writes history.

“With my background in Caribbean history, I became interested in my retirement in researching the lives of Jamaica’s National Heroes. In 2008, I published (the critically acclaimed) Daddy Sharpe, a historical account of the life of Jamaican National Hero, The Honourable Samuel Sharpe, 1801-1833. Given my fluency in Spanish, I later became fascinated with the early colonial period of our history,” Dr Kennedy said. 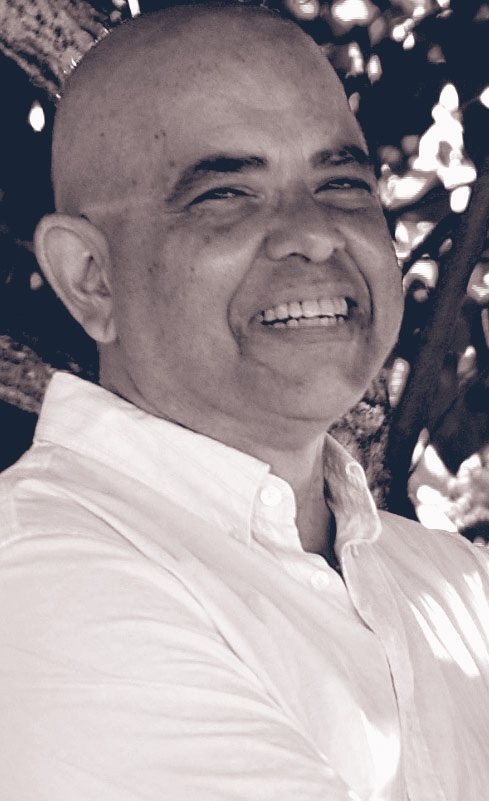 WORK IN PROGRESS
“My present work entails the study of the life of Montague James, who came to Jamaica as a boy in the early 18th century, joined a slave rebellion to later become the leader of the Second Maroon War (1795-1796). It is the story of his leadership and of his betrayal by the British who shipped him and 500 other Maroons to Nova Scotia in 1796 and four years later to Sierra Leone, Africa. It is the story of another one of our heroes, and once again, one of resistance and survival. The publication will be entitled, Where the Pineapple Could Not Grow.

Authors learn from what they write but before the first word is written, there is inspiration, the intention, the objective and the expectations.

“Through my writing, I have discovered that the heroes of our past teach us about those who helped shape the course of our history. They tell us about who we are as a people, (and about) the resilience and steadfastness of character that enabled them to triumph against seemingly impossible odds. These stories are inspired not only by a love of history but by my passion for education. They are written in the hope that the young men and women of Jamaica may learn by example of the greatness of those who helped define our nation and shape the kind of people we are,” he stated.

A graduate of the University of the West Indies (BA and Graduate Diploma in Education) Fred Kennedy began a teaching career in Jamaica at York Castle High School and Trench Town Comprehensive. He migrated with his wife to Canada in the late 1970s and continued his career in Education, obtaining both Masters and Doctoral degrees of Education at the University of Toronto. In 2004, on leave of absence, he returned to Jamaica to the post of Principal of his old high school, St. George’s College and subsequently returned to Canada where he now works with a number of not-for-profit organizations and support groups. Over a thirty year period, he taught at several secondary schools and served as school administrator with the Toronto District School Board.

Fred Kennedy comes to Palaver 2016 with two publications and a third manuscript on the table. He comes with knowledge gathered through research to lead a fascinating journey to a pre-Columbian time when independent peoples with political acumen chose their leaders and structured viable communities, until they were invaded. He will intrigue the audience with stories on Saturday, August 6 at Wasaga Beach Area 4 during Storytelling segments; and, will present Huareo during Books and Authors on Sunday, August 7 at Wasaga Beach Area 4.