There were moments when laughter pierced the air. And there were moments of great emotion and tears. There were moments when poets and novelists read from their published works. And there were those moments when they put the book down and, in candid, unrehearsed talk with host Mike Jarrett, shared really personal experiences in life’s journey with an enthralled and appreciative audience.
And there was that magical moment at the very end of the after dinner show at the Palaver Awards Dinner at the RecPlex on Saturday August 6 when the audience spontaneously erupted in standing applause for a concert and a finale that was, as one guest termed it, “top shelf”. 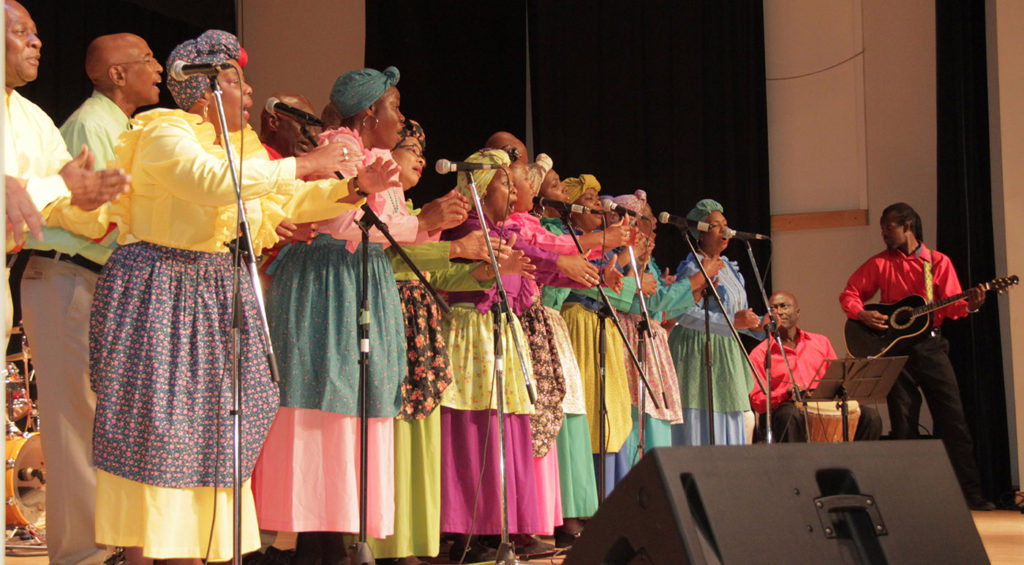 The second annual Palaver International Literary Festival, held over two days (August 6 and 7, 2016) attracted to Wasaga Beach novelists, poets, musical performers and those who appreciate literature and the arts. They came from the southern Georgian Bay region, southern Ontario and the GTA; and from further afield, the USA (New York, Florida, California) and Jamaica. Visitors found accommodation in Wasaga Beach but many stayed at some eight hotels and rental properties in Collingwood and the Blue Mountains. In all, nine published novelists and poets; a 22-voice folk music ensemble (The Heritage Singers); and, Orville Hammond, Jamaican jazz composer-pianist along with accompanying musicians performed at Palaver 2016 (at Beach Area 4 and at the RecPlex). And the two food events (the Palaver Awards and the ‘Feast on the Beach’ Sunday brunch buffet (a signature event of the Palaver festival), planned and prepared by Chef Selwyn Richards (theartofcatering.com) received accolades from those in attendance. In particular, the dinner at the Palaver Awards (boneless jerk chicken with a roulade stuffed with spinach and carrots, with carmelized mango; and, the alternative – escoveitch red snapper filet with a light coconut cream sauce) drew the appreciation of guests and underscored why Selwyn Richards is regarded as one of the best. 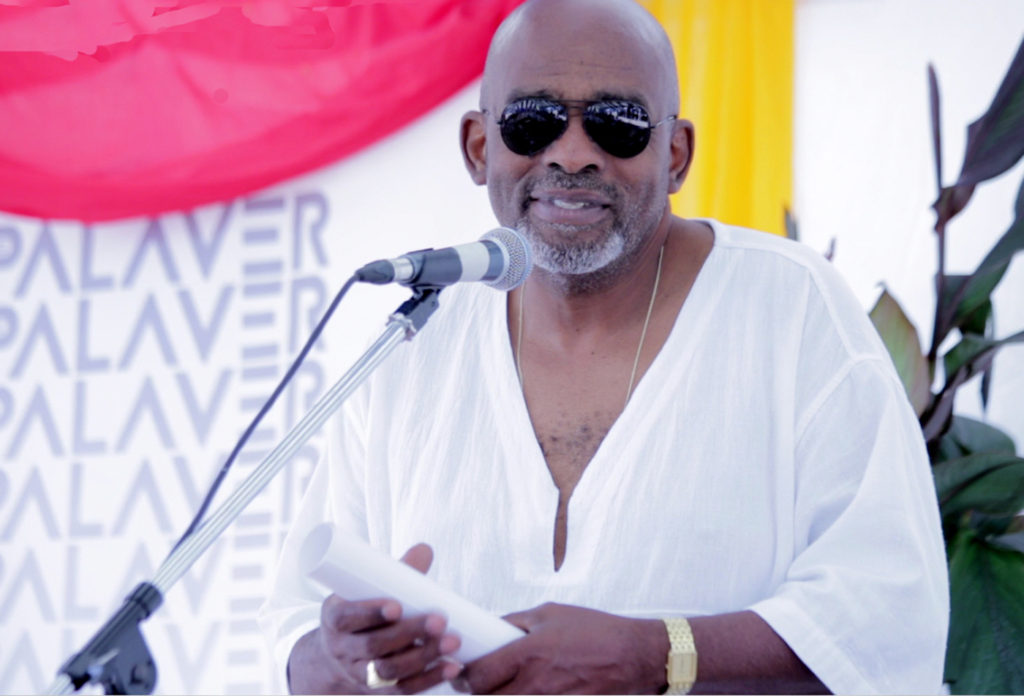 “This is the second year of Palaver and it had its challenges,” said Mike Jarrett, founder-director of the festival and resident of Wasaga Beach. “However, the gains and advances, in terms of acknowledgement and recognition of both the festival and Wasaga Beach as a destination, were significant. The expanded advertising and promotion of the event, on broadcast, print and social media resulted in a high level of interest and a high volume of traffic to the Palaver Facebook. This augurs well for the future,” he said. []