Registration for Palaver 2017 events* is open!

Registration is waived for children and adolescents 15 years old and younger.* 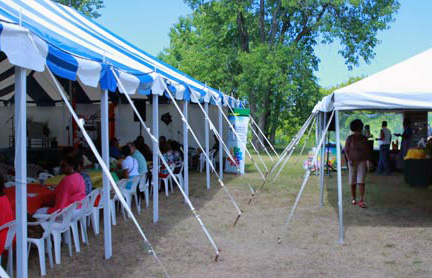 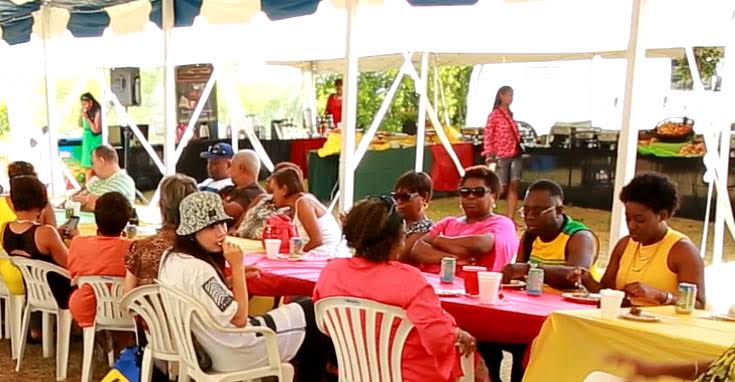 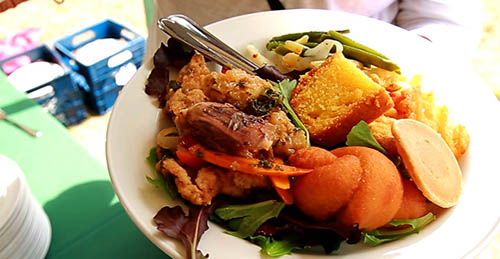 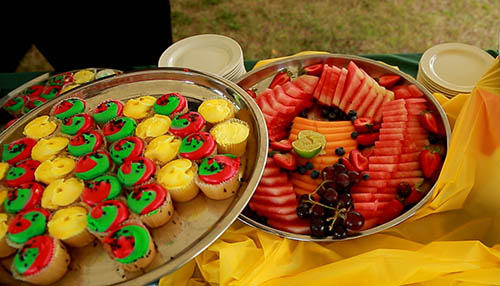 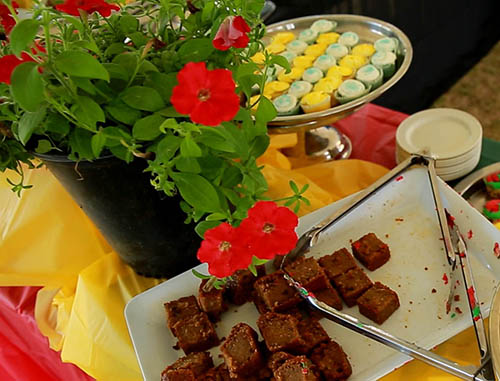 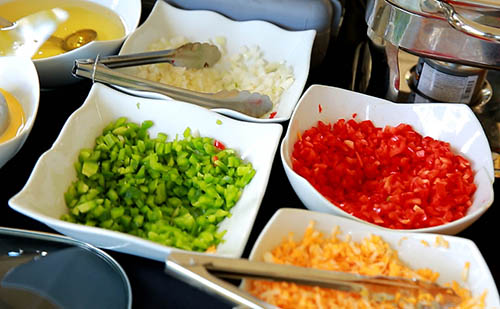 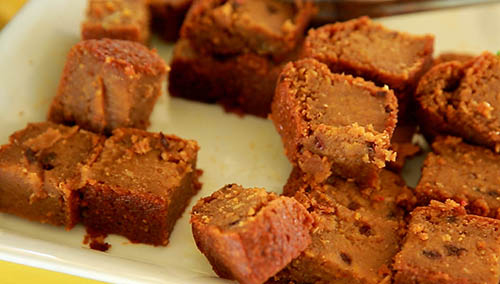 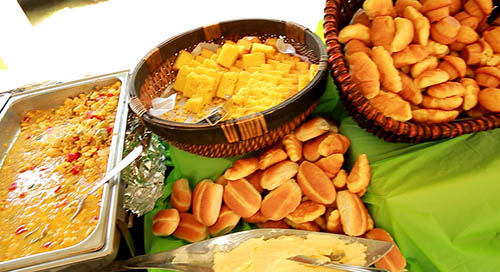 The Caribbean is unique for the diversity and vibrancy of the many cultures to be found in the region. The perimeter lands of the Caribbean Sea have cradled a diaspora of world cultures and nationalities for more than 500 years. Retentions in art, literature, music and religion have been woven by time into an enchanting tapestry of colour, sound, ethnicity and shared experiences.
Its unique blends of styles, cultures and ethnicity are described eloquently by generations of gifted and celebrated lyricists and essayists; storytellers and novelists, writing in English or Spanish; French or Dutch, each writer a product of this enchanting tropical potpourri that has produced over time some of the world’s finest artists and artisans, athletes and scientists, liberators and statesmen.
Palaver celebrates this exciting and vibrant Caribbean cultural mix and offers each year, in a morsel, a mere taste of its richness and tantalizing flavours.

The word palaver dates back to the 18th Century and evidence of a common meaning is to be found in several European languages. The word is generally associated with talk or discussion between individuals or within a group. In some definitions meaning favours light or inconsequential talk. In others it describes more serious discourse such as negotiation or a quest for valuable or necessary information.

We palaver because everything is important once deemed so to be. We decide what to us is important.
­ M.S.L.Jarrett.

END_OF_DOCUMENT_TOKEN_TO_BE_REPLACED

… this feast and bounty have only served to stoke the appetite

Talented writers, essayists and lyricists who trace their heritage to the Caribbean have given so much for which to be thankful. But this continuing feast of ideas and emotions has only served to stoke the appetite, nurturing and enriching soul and spirit; exposing or clarifying social constructs; keeping us honest and focussed. For such is the nature of literature and the mission of writers.
Poems and novels by Caribbean writers are perennially nominated for the book prizes all over the world. In this regard, authors in the Caribbean diaspora have earned global success and respect, winning over time most of the major prizes in world literature. In so doing, Caribbean authors have made a tremendous contribution to world literature.

In its first two annual events in Wasaga Beach, Ontario, the still fledgling Palaver International Literary Festival has showcased the creative talents of a number of published Caribbean writers, including: Olive Senior, Owen Everard James, Pamela Mordecai, Owen ‘Blakka’ Ellis, Horane Smith, Cynthia Reyes, Lorna Goodison, Ewart Walters, Rachel Manley, Fred Kennedy, Dwayne Morgan, Garfield Ellis. Their books and poems have inspired, entertained and enlightened readers all over the world. Their works are collectively more valuable than the time, effort and sacrifice it took to research, compile, write and publish. Their true value as writers is not to be found in the many accolades and awards won, although these may be used as a measure of the respect they have garnered across national boundaries. Our authors are important because together they define, describe and explore for posterity our world and time; our humanity and aspirations; our failures and accomplishments; our life and complications. Their works, like milestones, have marked our journey through history.

By these books and their patient, long-suffering authors, to whom is owed an unqualified gratitude, we are made immortal.
Palaver provides a platform for these earnest writers with the hope and expectation that their works will build bridges, facilitate understanding and inspire generations to come. 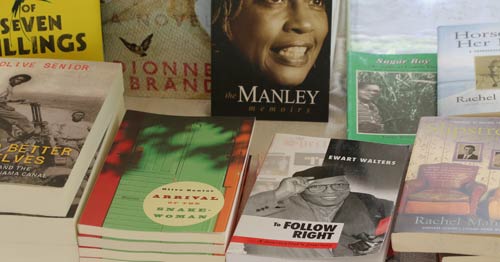 This year Palaver will again present talented and celebrated authors who will personally share their work and experiences. They will be signing copies of their books and will engage with readers personally throughout the event.
The final list of participating writers will be posted on this page.

At the first Palaver Awards Dinner, held at the RecPlex in Wasaga Beach on August 6, 2016, awards were presented by Dr. Pamela Appelt, patron of Palaver, to three of the four recipients. Dr. Rita Cox was unavoidably absent.

In announcing the awards, the MC, Mrs. Keisha Johnson noted the unique contribution by each of the recipients and their individual roles in building, preserving, energising and empowering.
The mementoes presented were original works of art by Maria Papaefstathiou.

In its inaugural year 2015, Palaver acknowledged and applauded the pioneering work of the late Dr. the Honourable Olive Lewin, musicologist, social anthropologist, author and teacher; and, in particular her monumental research and documentation of Jamaican Folk Music and the establishment of the Jamaican (folk) memory bank. 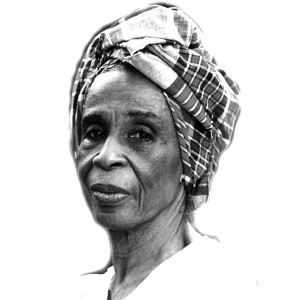 at its inauguration on
August 8, 2015,
celebrated the work and accomplishments of

musicologist, social anthropologist, teacher and author
1927 – 2013
Born in Jamaica
* for her research and rescue of Jamaican folk music;
* for defending the integrity of a rich musical tradition;
* for her pioneering role in establishing the Jamaica Memory Bank1.

1. The Jamaica Memory Bank programme documents Jamaica’s social history using audio-visual recordings of the recollections of citizens throughout the country. The interviews are catalogued and transcribed, creating an archive of oral history on aspects of Jamaica’s culture..

Ancient art of storytelling alive and well
Traditions of storytelling date back thousands of years. It is as old as language itself. By this social medium, traditions and history have been preserved, handed down from generation to generation across centuries, long before Johannes Gutenberg’s invention of the printing press radically changed the volume, flow and dissemination of information.
The storyteller kept history alive. And, whether the tales were spun in jest by thespians to amuse the royal court or, otherwise, presented as lyrics by traveling troubadours, they held audiences engaged and entertained.
Stories – fact, fiction or myth – define a people. Submerged or interwoven in comedy or tragedy, stories describe the hopes and fears; the standards and mores of a people. Each story, like a beam of light, illuminates and reveals that which a thousand words could hardly describe – the culture and ways of civil society.
Palaver acknowledges the important historical role of storytelling and each year seeks to gather and present storytellers and their stories as a cultural experience.

PALAVER STORYTELLING
Storytelling takes the audience to a different place, to live the moment and to sense the emotions of characters, real or fiction; to place of empathy.
Storytelling is itself a process of sharing. And the storyteller, in the moment, brings the audience into the process, to share recollections and emotions with the group. The participants, individually and collectively, share a common experience of empathy with characters. They laugh at the trickery of Bre’r Anancy and anger over that which forced lovers to dash themselves to suicide over the Jamaican cliffs at Lovers’ Leap.
Palaver accepts that storytelling is an experience where that which is invaluable is carefully passed from generation to generation. It is an experience to be shared, even in reverence.
Palaver 2017 presents some great stories on Saturday August 12, 10.am – 5.00 pm, at Wasaga Beach Area 4.

WORDS OF THE POET

The words of poets over centuries untold, preserve for posterity the moods and emotion, harmony and commotion, indeed all that have come to define our complex world.
Palaver looks to the poets: the purging fire of biting satire, crisp and precise, haunting, taunting, encouraging, cajoling, inspiring generations with word images and ideas. Theirs is a lifelong mission to document and present the truths and subtleties, inconsistencies and paradoxes, the struggles, setbacks, obstacles and triumphs that helped to form and shape our history. Artistes daring to bare their souls to awaken our consciousness, our poets offer us a lens with which to see a reality beyond our own confining horizons; to have us think; to create empathy and build bridges of understanding.
Wasaga Beach, with its gorgeous natural backdrop presents an ideal setting and perfect ambiance to enjoy poetry and poets, their thoughts and emotions.
Palaver International Literary Festival presents each year a slate of contemporary poets and spoken word artists.

“When Europeans arrived in the Caribbean in late 15th century, they found some of the larger Caribbean islands inhabited by an agrarian people. Those people were not allowed to last long enough for the survival of their culture. However the Europeans did record that they farmed cassava and made a flat cassava bread. Jamaicans still make and consume a flat cassava bread. Known for centuries as ‘bammy’, it’s a natural partner with fish, steamed or fried, to be consumed in bliss under the shade of a spreading seagrape, on an idyllic Caribbean beach somewhere. Cassava is one of the few food crops to have survived 5 centuries of European occupation.
“European presence in the Caribbean was largely about the plantation. The national economies were sustained by large plantations worked by forced labour. The slaves brought to the fireside sub-Saharan methods and the organic root crops they managed to cultivate on their tiny plots to make a delight of the protein stock – salted cod, pickled mackerel, red herring and pigtail – imported from Europe and Canada. Subsequently, Indian and Chinese immigrants enriched the mix with their own ancient culinary traditions and spices. The aromas of the Caribbean are unique for this rich mix of cultures over centuries.” [Mike Jarrett] 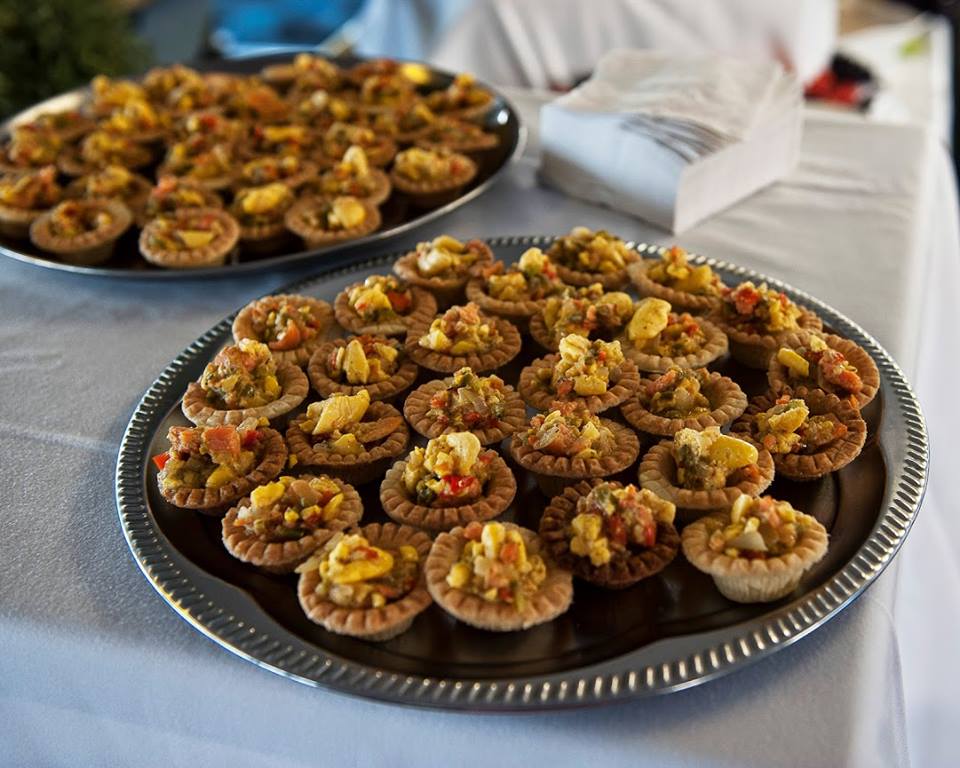 The maroons, roaming free in the mountains of Jamaica since the mid-17th century hunted wild boar and roasted the succulent, lean carcass on smouldering wood from the aromatic pimento, creating a style and flavour that was later to become known globally as ‘jerk’, Jamaica’s 20th century gift to the culinary world.
Meanwhile, in the western and southern Caribbean, preparations like pelau (an iconic Trinidadian one-pot meal), mouth-watering rotis and scores of delightful recipes for preparing different species of fish emerged and, refined, remained .
The spicy flavours and aromatic concoctions which today characterise Caribbean fare evolved over 500 years and have come to define the tropical Americas as a gastronomic paradise. 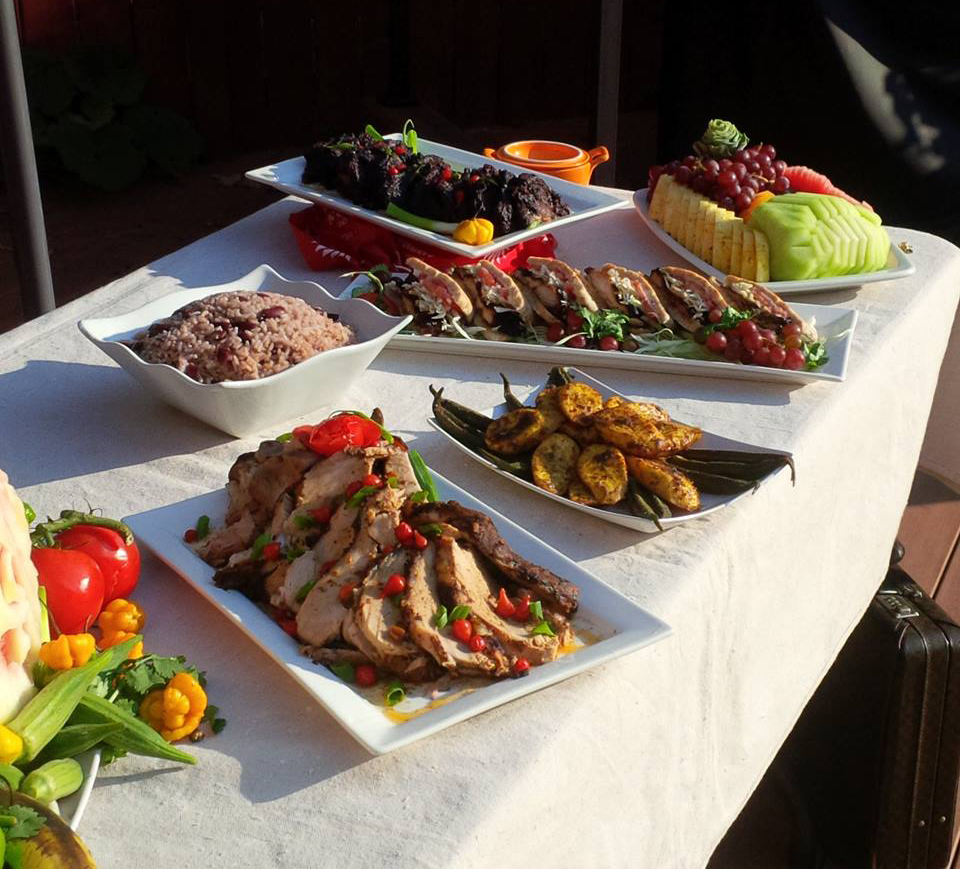 Often imitated authentic Caribbean flavours are difficult to duplicate. Some say the secret is in the ingredients. Others say the secret is in the method of the cook. The secrets are many, some passed down within families for generations. Authentic Caribbean cuisine with all its delicate nuances, spicy succulence and fresh tropical juices, prepared and presented by leading chefs at the highest culinary standards, are collectively an annual feature of Palaver. 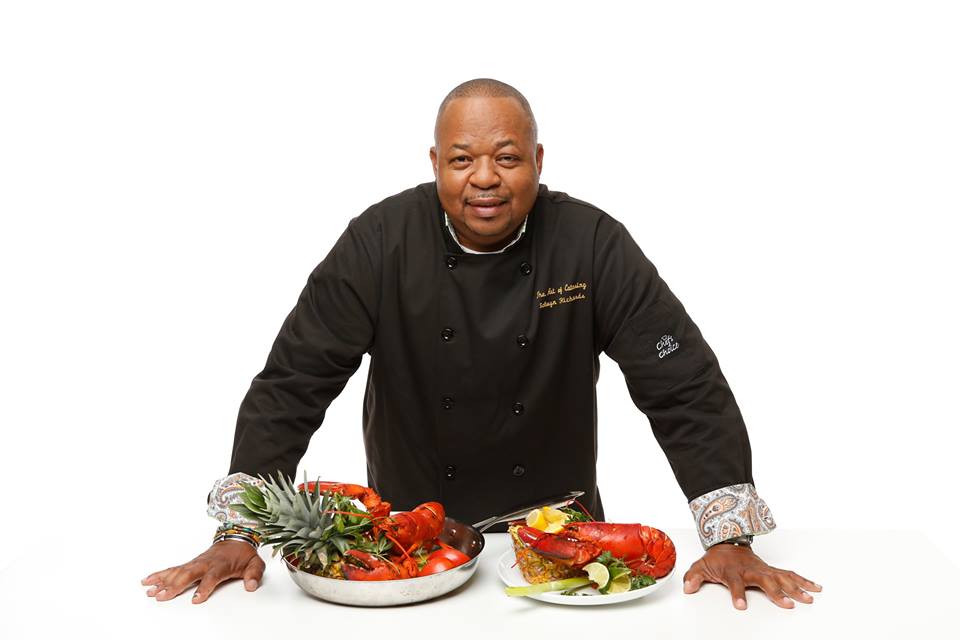 Most gifted chef for Palaver 2015. Read about here 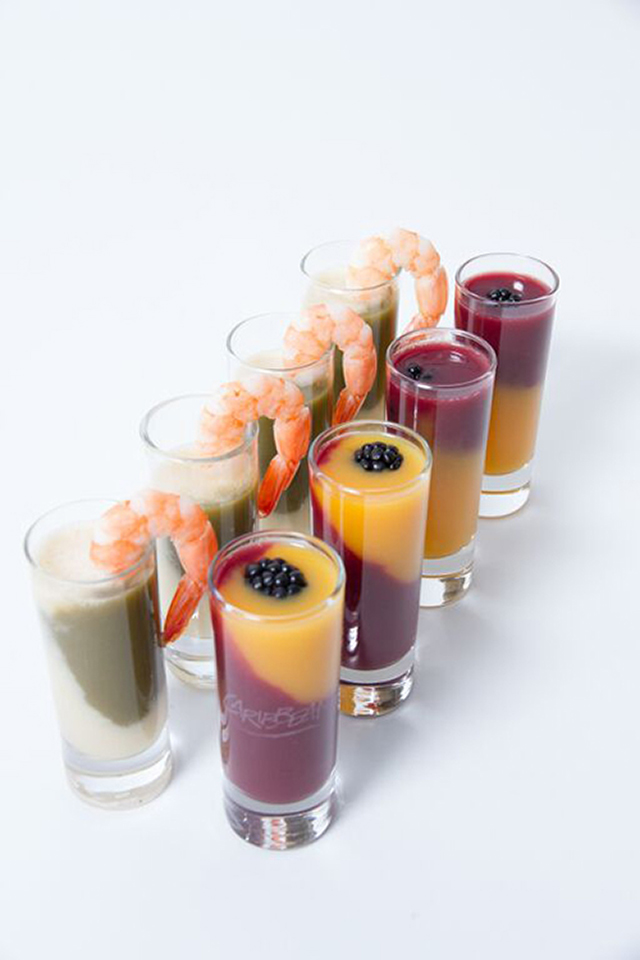 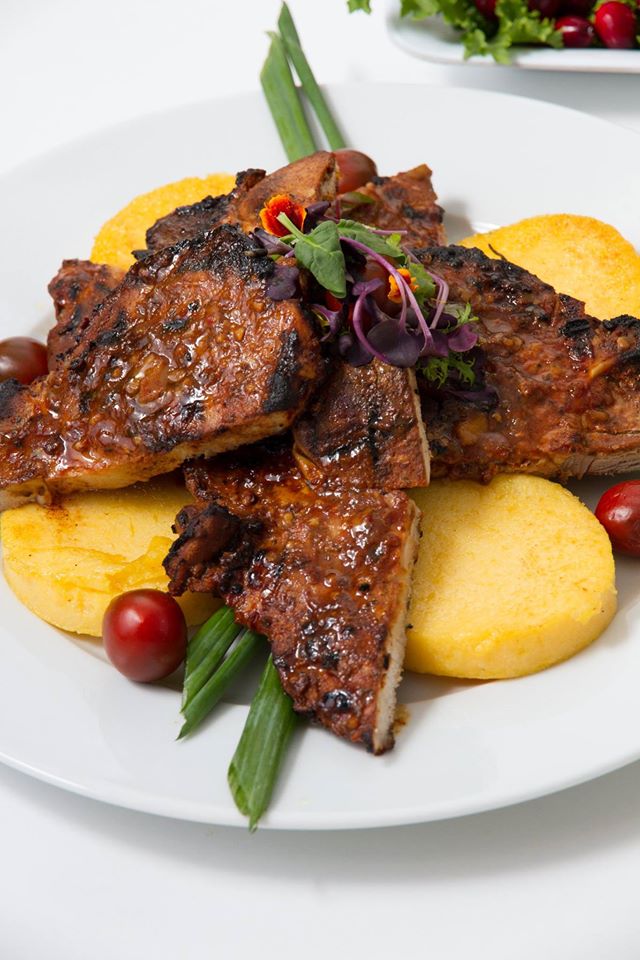 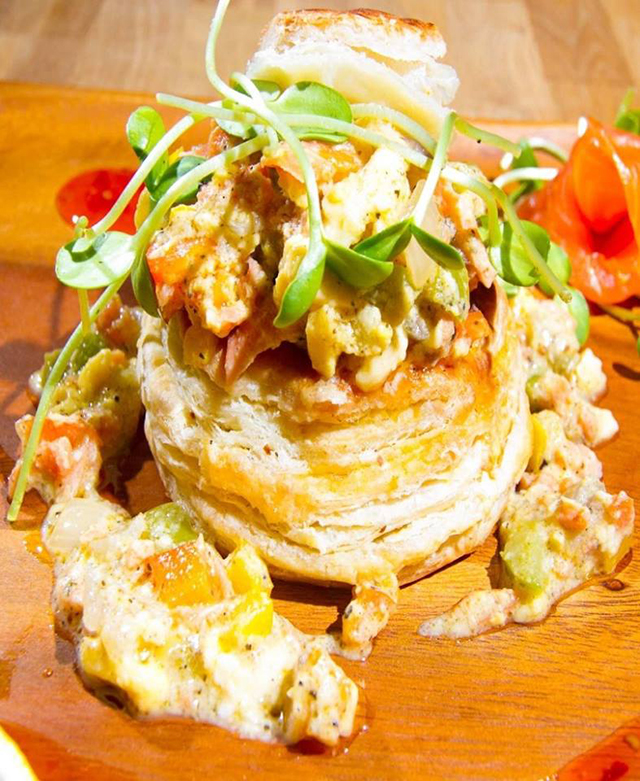 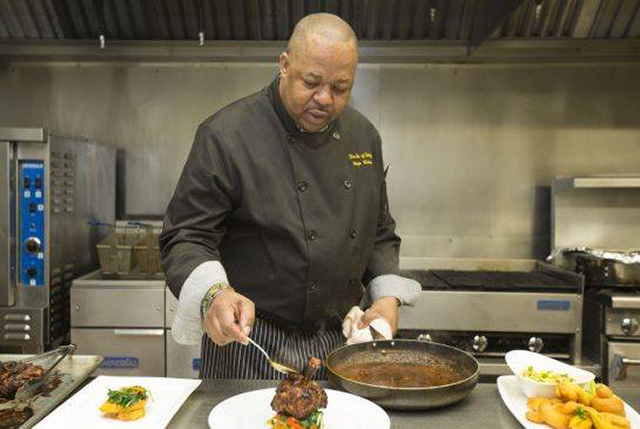 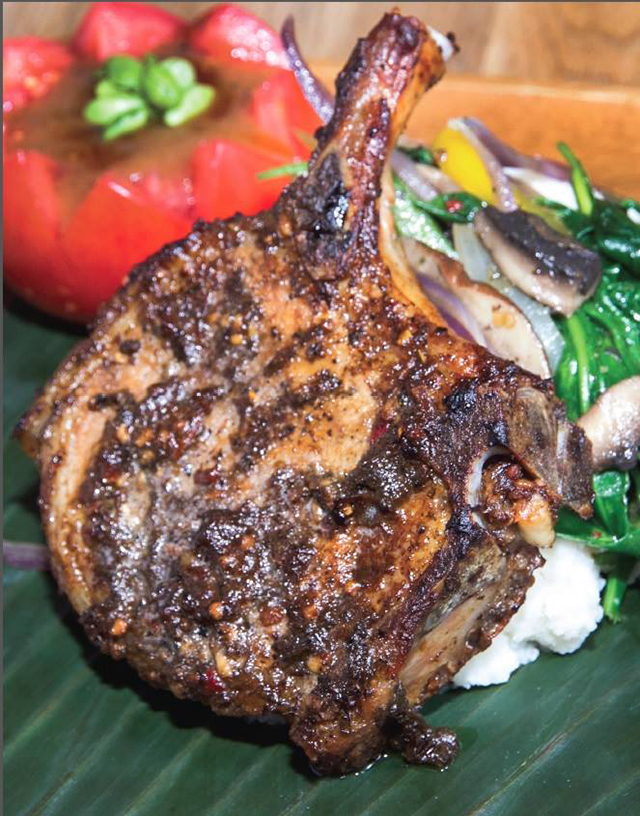 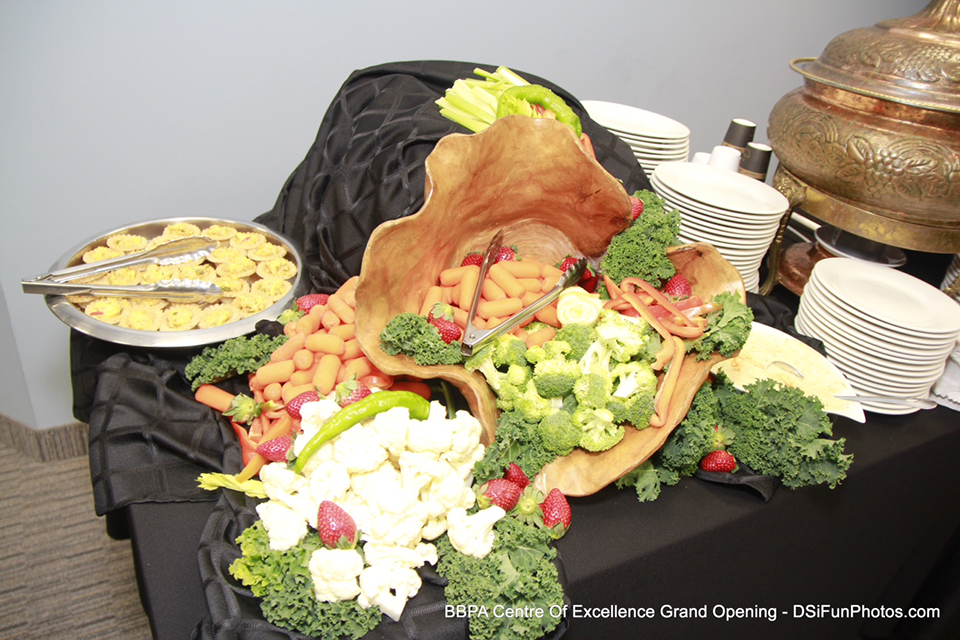 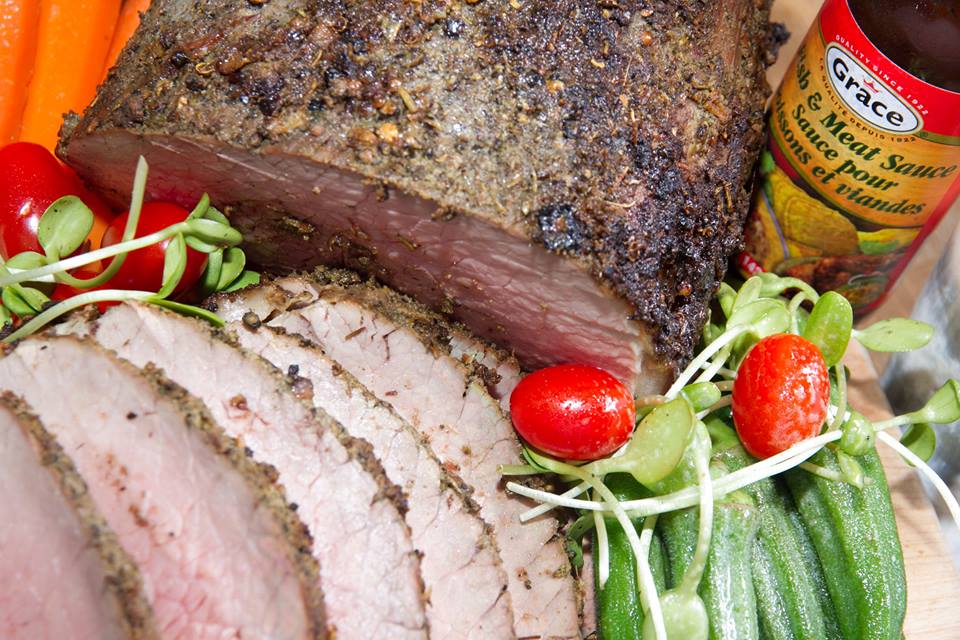 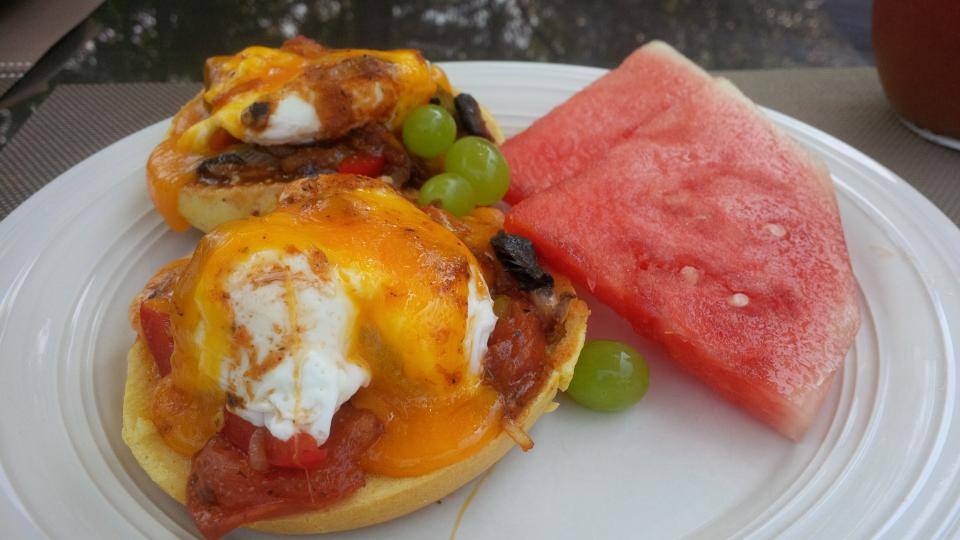