Poverty would not deter Garfield Ellis

I write because I must

When young Garfield Ellis came to the realisation that he would be a writer, he knew he could not become one, at least not immediately. People like him – who lived where he lived, where life was so marginal that the pangs hunger demanded desperate survival strategies – those who ‘suffered’ did not become writers. He certainly knew of none.

“My family was so poor that my mother taught us that the best way to combat hunger was to lie on our bellies. It works too!”

The family of eleven lived in a two-bedroom house with three beds. His mother did not work and his step-father was a peddler.

“I had to sell Kisko (icicle frozen in a baton shaped plastics bag) on the street, to make money to go to high school.”

Often there was no electricity in the house. Rigid conservation had to be implemented in order to save on horrendously high light bills and co late night studying was not encouraged. And when it got to the point that electricity was disconnected, the family used a kerosene lamp at nights and young Garfield bought candles so as to study late. 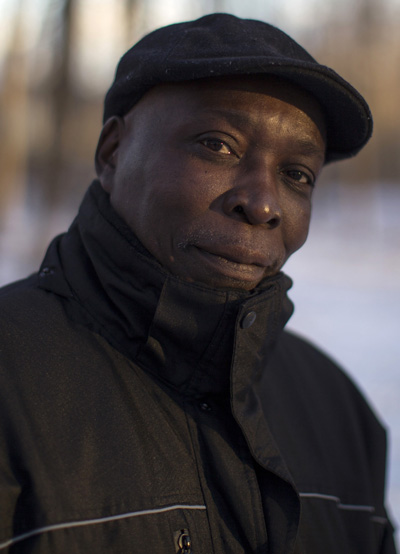 “I had to buy candles to study and hide them till everyone had gone to bed. My parents would at times take them away to share with the family. It was selfish to want to have candles all to myself – even though I had saved my lunch money to buy them for studying. For my last years at St. Andrew Technical High, the school gave me uniform and food on a special welfare programme and paid for my O-level exams.”

With such obstacles, Garfield Ellis successfully completed high school but cannot boast of a spectacular academic journey through the secondary stage of schooling. However, by the end of that process, he had found what he recognized as his true calling.

“I dreamt of being a writer all through my teenage years. But the decision that this is what I would do with the rest of my life came at eighteen years old. And I wrote it in my diary as a promise to myself. A promise because I knew I was too poor to become a writer immediately. First I had to become an engineer and set a foundation. Then I would write fulltime.”

It was in January 1984 that Garfield made his diary entry: “I think I have come to an important decision in my life. I am going to write. …Writing is now the horizon to which I march.

When he wrote those words of intent he had no road map for getting to his destination, nor did he have a guide.

“I knew no writers. There was no one to discuss it with. There was no precedent in my community, not for writing, not for any kind of success. Those who succeed, leave?

He studied marine engineering, management and public relations in Jamaica and worked at the Caribbean Maritime Institute. It was not long before his application for the Master of Fine Arts degree programme was sent off to the University of Miami. He completed that course of work on a full scholarship as a James Michener Fellow and Garfield Ellis subsequently settled down to a career of writing.

Garfield Ellis appears at Palaver 2016 as author of six books: Flaming Hearts, Wake Rasta, Such As I Have, For Nothing at All, Till I’m Laid To Rest and The Angels’ Share, published in January 2016. He has won the Una Marson prize for adult literature on two occasions. And he has twice won the Canute A. Brodhurst prize for fiction. In 1990 he won the Heinemann/Lifestyle short story competition.

MJ: Why do you write?

GE: I write because I must. Seriously, for me there is nothing else. I have always wanted to see my story and the story of my people told the way I saw the stories of other people told in the books I was reading. So I write to tell these stories. And in the process popularize the archives of Caribbean literature.  For I discovered, that our stories, though written, exist in theses in the library of universities. I want to bring these stories of the people to the people.

MJ: What has writing taught you about life, people or yourself?

GE: Writing has taught me that there is nothing more rewarding than achieving one’s dreams and no greater gift than the ability to create. … the ability to dream of something that does not exist in shape or concept and to create it from scratch with enough beauty and truth to make someone’s life better; and, to serve the world long after you are gone – is the closest to immortality that any human can rise.